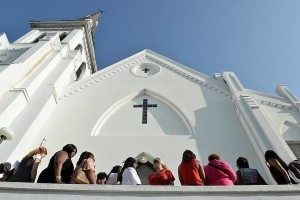 We have recently witnessed an amazingly forgiving attitude by nine families and an entire church, Emanuel AME in Charleston, SC.

After such a cruel, evil crime as the one that occurred there, they have demonstrated for all of us an ideal of grace, class and all those related attributes to which we only aspire.

Contrast this response, where righteous anger was certainly justified but not chosen, with what transpired in Ferguson, MO over the last year; the root cause of the anger there was quite different, since it involved a police shooting in the line of duty. But in Ferguson much of the “righteous anger” was based on a lie. The co-shoplifter report of what happened (“Hands up, don’t shoot”) was swallowed by much of the media and much of the local community. Some of the locals then took this as a license for violent protests and looting. Businesses were found “guilty” for doing absolutely nothing and burned as well as looted. Most of the cable & network news media took it as a license to indict the entire US for racism.

Why anyone believed this perjury is beyond me. One has to look at motives and credability. He had a motive to lie, to blame the police for either going along with his friend’s very bad plan or suggesting it himself (i.e. ripping off items from a small store and then treating the owner to a physical threat after he objected). It’s an injustice that he was not charged for perjury (lying to the FBI) and a false police report.

Does this mean Charleston is a “better” city than Ferguson? Not exactly, but Ferguson residents and those in the surrounding areas who jumped into the fray could certainly learn a lot from Charleston, as could all of us.

By Bob Michaelson, Admin/Editor/Author
I hate to complain but the Seahawks got hosed again. To review the situation: the DB for the Patriots, some rookie named Butler, made a “smart” play with 7 minutes to go in the Super Bowl. He fell trying to keep up with the Seahawks receiver and, from the turf, reached out and tripped Lockette. Even if it’s called, which it wasn’t, it’s better than a long gain. And Lockette is good at picking up RAC yardage. See video here and here for an mpg and gif version of the key play.

Of course we Seattle people are going to bitch and moan, especially since I have not heard one word about this play on ESPN, much less nfl.com…BUT the following quotes are from Dallas, Buffalo and Boston. BOSTON!

Fourth quarter, 6:52, 24-21 Seahawks: The Patriots D came up big. Malcolm Butler got away with pass interference on first down, as he tripped over his own feet and then got a hand on the feet of Lockette.

Seattle needed to retake control of the game, but instead held the ball for 63 seconds on a very quick 3-and-out where they were not given a clear pass interference as Ricardo Lockette was tripped by a falling Malcolm Butler who reached out to concede a flag over a disastrous play. A few plays later, they punted it right back to New England with 6:52 left and down 3.

But Seattle also got hurt by a bad call. Michaels and Collinsworth noted a pass interference against the Pats wasn’t called late in the game.

And here’s a great analysis – 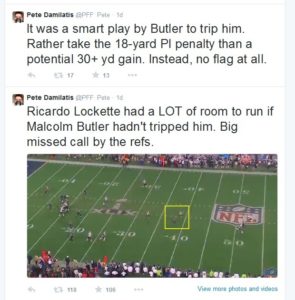 Of course, the Seahawks still had a chance later in the game. The final play tended to overshadow what came before. But this was huge! As soon as it happened I knew the Seahawks were screwed. They almost overcame a terrible non-call.

What’s your favorite large city in Asia for vacation and/or biz? 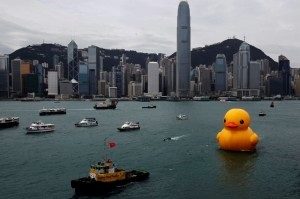 I’ve been fortunate and blessed to have visited:

Mine is Hong Kong, because of the transport – Star Ferry, Subway, taxis; the restaurants – lots of high quality restaurants because there is lots of competition; hotels – I’ve stayed at a wide range: the YMCA Kowloon to the Peninsula (the latter with Chia, the former during my teaching gig in China) and the exciting atmosphere!

How about you? send me a message – bob@econbob.com and I will publish the best responses. 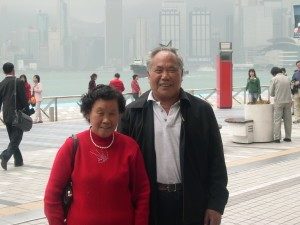 A Nice Couple from the Mainland, taken by Bob in Hong Kong

You are here: Home ∼ Tools of the Trade – Obama Used the IRS as a Hammer and Used Lying to Pass the “ACA”

We now have around 100 questions!

You are here: Home ∼ Google News Finds Benghazi Not Newsworthy

Why is Google News ignoring the Benghazi, Libya massacre investigation?? The last 2 days your correspondent has checked the headlines on the news compilation service and they seem to be purposely leaving Benghazi out. I know that Google uses an algorithm / bots to gather and prioritize headlines, but they can accomplish their goals through how they set up those tools.

Google executives supported Obama is the last 2 presidential elections and they are quite liberal. This lack of coverage equates to censorship of the news.

You are here: Home ∼ GSA and Other Federal Agencies Ripping Off the Public – Their Staff Should Pay the Money Back!

GSA and Other Federal Agencies Ripping Off the Public – Their Staff Should Pay the Money Back!

Here’s my solution to the recent scandals at GSA, NOAA and other agencies: the employees should pay the money back from their travel junkets. They ripped off all taxpayers and thought it was a big joke.

You are here: Home ∼ Why Do We Put Up With This Deficit Level??!

Why Do We Put Up With This Deficit Level??!

Why have we allowed Congress and the President to take us from “normal” deficits of around $400 billion per year to THREE TIMES that level, $1.2 Trillion EVERY YEAR?!

They used the financial crisis as an excuse to jack up spending and leave it there.

Throw the bums out!

You are here: Home ∼ A Report From North Korea

A Report From North Korea

I recently saw a TV report on the situation in North Korea. It was produced by NHK, a Japanese station. It seems that the Japanese follow  what’s going on in North Korea very closely. They are neighbors and many Japanese have been kidnapped by North Korean agents over the last 30 years or so. It was an excellent report.

The first part showed some street vendors selling tomatoes and other produce. I think it was in Pyongyang. They were chased away by government authorities. They did not have a license or permit or whatever it takes in the DRNK to sell products. The government agents knew they did not have licenses because they, and their comrades, are the only ones who issue licenses. The vendors complained, out of earshot of the officials, that there is no other way to make money than selling products.

I guess they were making (what the government deemed as) too much profit. Sounds familiar.

Then, later in the report, we were informed that all the major sectors of the economy are run by the government in North Korea, including health care! Sounds familiar. Just like what Democrats in Congress are trying to do here.

Get the Federal Government Out of the Venture Capital Business!

From an ABC News Interview, reported in the LA Times here.

“In a short but wide-ranging interview, the president spoke for the first time on the collapse of Solyndra, the solar start-up company that got a government-backed loan in 2009.

The question arose shortly after Democrats on the House Energy and Commerce Committee released copies of internal emails in which senior administration officials warned against having Obama visit the company as its financial troubles piled up.

Obama said the loan guarantee program is working well overall, despite the fact that “not every single business is going to succeed.”

If the U.S. wants to compete with other countries that are subsidizing “industries of the future,” Obama said, the government has to make sure American companies “get a shot” to compete.

“Hindsight is always 20/20,” Obama said. “It went through the regular review process and people felt this was a good bet.””

I guess when you’ve already flushed hundreds of billions of dollars down the toilet via “stimulus” a half billion is no big deal. Another response was that we have to compete with China on these green energy projects.

Six reasons the U.S. governement should not be in the venture capital business:

1. They should not gamble with our money. VCs expect to get 1 big win out of 10 investments and 2 or 3 decent returns out of the same 10. This cannot work via government “investment” because there’s no guarantee any will pan out.

2. They have shown they are incompetent. Who cares if China leads the world in producing solar panels. We can buy them cheaply and still gain all the (over-hyped) advantages of using them.

3. It invites “Crony Capitalism” or, in the current case, “Crony Socialism.”

4. They target the wrong industries.

5. They choose the wrong winners within those industries.

6. It’s gambling with money we don’t have now.